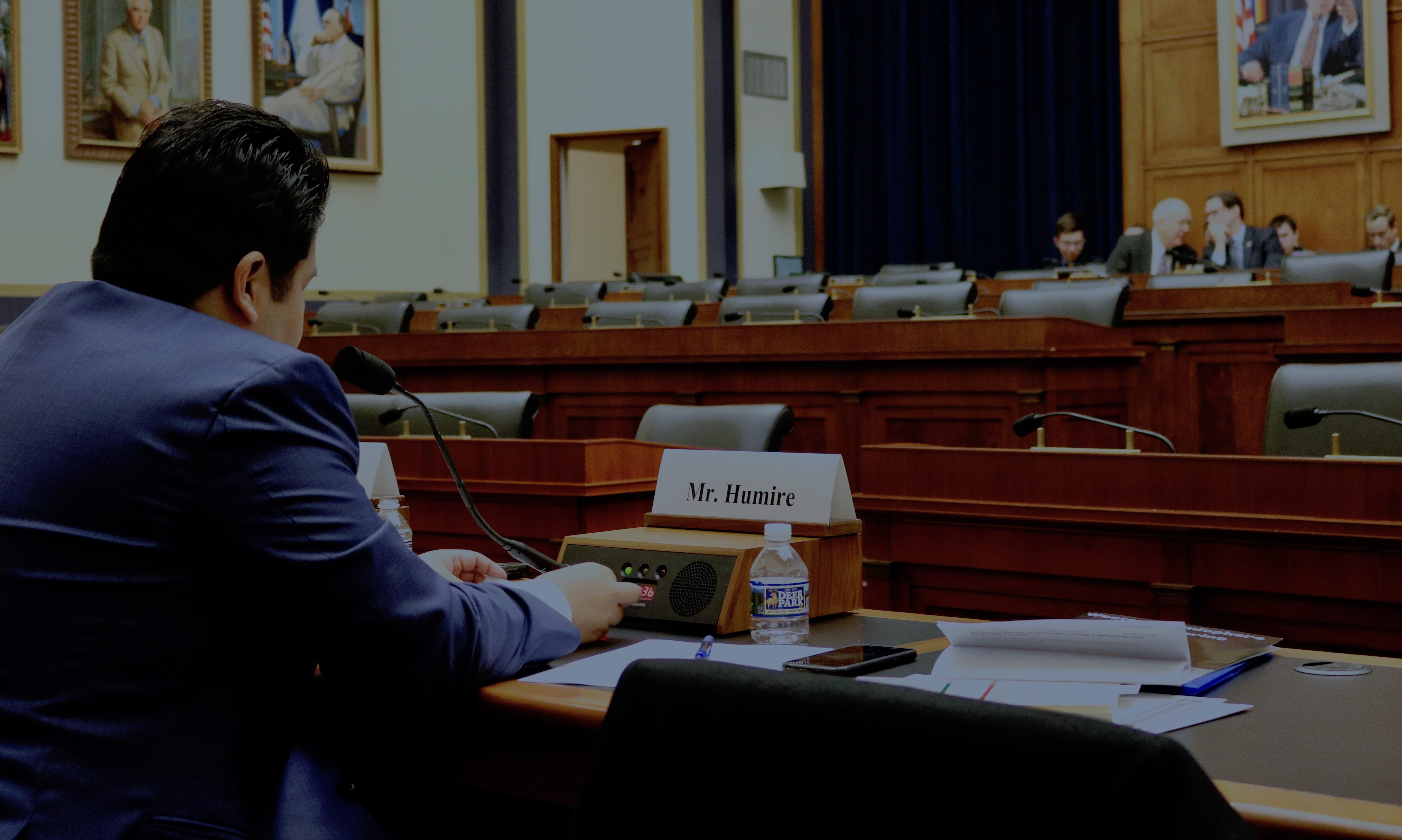 SAVE TESTIMONY
Export this testimony as a PDF.

Joseph Humire testifies in a hearing by the House Financial Services Subcommittee on Terrorism and Illicit Finance on the “Financial nexus of terrorism, drug trafficking, and organized crime” held on Tuesday, March 20, 2018, at the Rayburn House Office Building.

Chairman Pearce, Vice Chairman Pittenger, Ranking Member Perlmutter, Congressman Rothfus, and distinguished members of the subcommittee, good afternoon and thank you for your leadership and for inviting me here before you today.

I’d like to begin by repeating an old refrain often heard in the military, which is amateurs talk strategy but professionals talk logistics.What this means is that if you want to tackle the heart of the threat networks, you have to attack the logistics. Essentially, you have to go after the financial flows.

The hearing today and all the work of the subcommittee is instrumental in emphasizing this point. After all, it’s the illicit financial networks that are sustaining a convergence of threats to the United States and our allies abroad. Not too long ago, conventional wisdom held that criminals and terrorists do not cooperate on a large scale because they have different goals and motivations. One is motivated by greed and the other by God.

Today, after overwhelming empirical evidence, we know that’s not true. The crime-terror convergence is real, it’s growing, and it poses a significant threat to U.S. national security. Let me offer one statistic to reinforce this point. A 2014 report by the Combating Terrorism Center showed that in a sample of 2,700 known criminals and terrorists in more than 122 countries, 98 percent—let me repeat that—98 percent are connected through an all-channel network. This is very powerful evidence of the crime-terror convergence.

But when we talk about the convergence, there is no other organization on our foreign terrorist organization list that embodies the nexus of terrorism and transnational organized crime than Lebanese Hezbollah. A bombshell article from Politico published last year renewed a
policy debate on possibly designating Hezbollah as a transnational criminal organization. I fully support this designation and would like to emphasize at least two important benefits it could bring. First, it delegitimizes Hezbollah in the hearts and minds of many Lebanese expats and the broader Shi’a community worldwide who see Hezbollah as a resistance movement with clear principles and ideology. By labeling Hezbollah a transnational criminal organization, we damage their reputation, which in turn hinders their ability to recruit members or raise funds.

Number two, the second benefit is even more significant because a transnational criminal organization designation of Hezbollah shines a light on its criminal activity that could prompt our global partners to place Hezbollah under greater scrutiny in their own countries. This is the key to making our sanctions effective. If we are to leverage our sanctions against Hezbollah and maximize our effectiveness then we have to encourage our global partners to investigate and prosecute Hezbollah in their own countries using their own legal frameworks and their own designation list.

The question of legal frameworks is vitally important in Latin America where Hezbollah has built a growing crime terror empire. Many of our partners in this region do not have proper legal frameworks to combat Islamic terrorism and none have recognized Hezbollah as a foreign terrorist organization.

In my written testimony, I highlight one prominent counterterrorism case of an alleged Hezbollah operative in Peru. The reason I highlight this case is because it represents the glaring antiterrorism legal vacuum that Hezbollah has taken advantage of for decades in Latin America. In this particular case in Peru, had the accused Lebanese national confessed to being a member of the Shining Path, an old Marxist-Leninist domestic terror group, he would probably be sentenced to 25 years in prison. But because he confessed for working for Hezbollah, he was almost set free. This is exactly the kind of counterterrorism miscommunication that leads to future terrorist attacks.

Designating Hezbollah as a TCO will encourage our regional partners in South America to place greater attention to the Lebanese terror group, to clamp down on its ever-growing business structure, particularly in the tri-border area, or TBA. The TBA is a historic crime terror hub in the southern part of South America where Argentina, Paraguay, and Brazil meet. In this area, OFAC has sanctioned 11 individual members or facilitators of Hezbollah dating back to 2004. As part of an upcoming SFS report, my researchers have identified at least 18 new
companies opened by these same sanctioned individual Hezbollah members in recent years, irrespective of our sanctions. Local authorities have not stopped these sanctioned individuals from operating in their country, even though it’s widely known they work for or on behalf of Hezbollah.

This underscores my central point, that whatever we do unilaterally here in the United States will be insufficient unless we can help our partners and allies in Latin America or elsewhere establish proper legal authorities and frameworks to deal with the crime terror convergence. If not, then our financial authorities and sanctions are destined to a truncated strategy of whack-a-mole, constantly chasing front companies and cutouts.

In closing, designating Hezbollah as a transnational criminal organization and helping the Latin American partners improve their anti-terrorism legal frameworks will end amateur hour and position the U.S. to lead the fight on dismantling the logistical networks of the crime terror convergence. Thank you, Mr. Chairman.

Download the full written statement on the left sidebar.