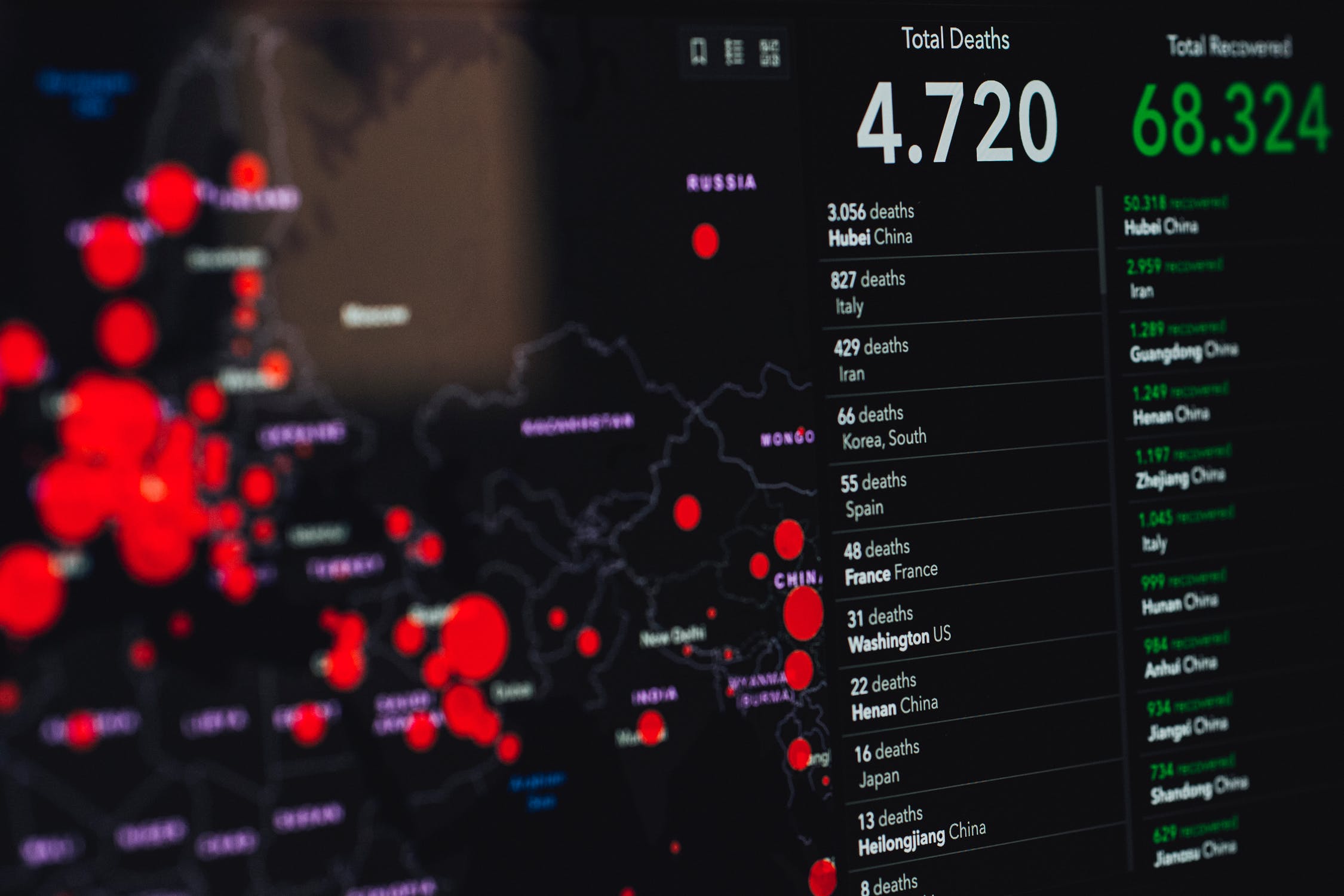 SAVE REPORT
Export this report as a PDF.

This special edition of the VRIC Monitor sources more media reports than usual from state-owned or -controlled media outlets of VRIC nations. This was done to highlight the messaging and propaganda from VRIC nations as it relates to COVID-19. Whether it’s legitimizing Cuban or Chinese medical diplomacy, or launching unsubstantiated and unverified claims against the United States, the state propaganda from VRIC surrogates is on overdrive. The VRIC Monitor is meant to help readers understand VRIC extra-regional influence in Latin America, thus, this special edition is focused on the disinformation campaign waged by the VRIC around the COVID-19 global health pandemic.

In March, the world woke up to the global health pandemic that is COVID-19. While the public embraces new mitigation measures to slow the spread of the virus, most governments are in a war against an “invisible enemy” that is stressing the public health infrastructure in their countries. China, however, is fighting another war, one laced with lies, half truths, and aggressive propaganda against a very visible enemy to the People’s Republic of China (PRC) – the United States of America.

Not since two Chinese colonels warned in 1999 that the PRC was engaged in “Unrestricted Warfare” against America has the U.S. government been on alert to the threat posed by China’s influence worldwide. In Latin America, this influence is shaped by its economic engagement, lending the region upwards of $142 billion in Chinese policy bank loans since 2007. Almost half of these loans went to the now bankrupt Maduro regime of Venezuela, who has joined other VRIC allies in accusing the U.S. of manipulating the virus as a biowarfare weapon. This belligerent behavior is followed by medical missions from China and Cuba, who are sending doctors, medical supplies, and PPE to various countries in its geopolitical orbit. Even Chinese philanthropist Jack Ma, founder of Alibaba and one of China’s wealthiest citizens, is donating 2 million masks to 24 countries in Latin America.

The massive public relations effort by China is aimed at erasing the stigma it earned allowing the virus to spread around the world after covering it up. The PRC wants to convince Latin America that it’s part of the solution in dealing with COVID-19 and not the source of the problem. It’s debatable whether this will work given that China’s “commodities super cycle” ended several years ago and they have rolled back loans to Latin America for the fourth consecutive year. But China is not alone. Russia, Iran, Cuba, Nicaragua, and Venezuela are all using their state-controlled media to propagate China’s talking points about COVID-19 in Spanish, Portuguese, and other native languages in Latin America, including boosting conspiracy theories that the virus originated in the United States.

Meanwhile, Venezuela and Iran are capitalizing on the COVID-19 pandemic to insert a victimization narrative seeking support from the IMF and denouncing U.S. maximum pressure against its regimes while asking for sanctions relief during the public health crisis. Neither country has employed effective mitigation measures to slow the spread of the coronavirus but each has used the opportunity to implement countrywide crackdowns in the name of a quarantine or national lockdown. Unfortunately, even U.S. allies, such as the European Union, have joined the call to end sanctions on Venezuela and Iran, while Peru, Bolivia, and others ultimately succumbed to the medical diplomacy of China and Cuba.

Havana and Beijing have long standing biotechnology cooperation, including recent joint biopharmaceutical ventures created during the COVID-19 pandemic. The two regimes are determined to win global public opinion through aggressive outreach, propaganda, and public diplomacy. Yet, as the U.S. starts to understand the nature of this novel coronavirus, the VRIC sets its sights on Latin America as the next frontier in the propaganda “war within the war” around the COVID-19 pandemic.

“Maximum Pressure March” resumed late in the month, when U.S. Attorney General William Barr unsealed a damning narco-terrorism indictment against Nicolás Maduro and 14 other regime officials and FARC dissidents, incuding two ministers and the chief supreme court justice. The indictments, accompanied by multi-million dollar rewards-for-capture, provided the context for the U.S. to nearly double its counternarcotics capacity in the Caribbean to choke off the illicit revenue of the Maduro regime. This new approach came a day after the State Department offered one last off-ramp to Nicolás Maduro to accept a new “Democratic Transition Framework” that would have Maduro and Interim President Juan Guaidó step aside so the country can move to free and fair elections.

As expected, the Maduro regime rejected this proposal and has responded to the increased U.S. pressure with more internal repression and external propaganda. The so-called “Bolivarian Breeze” has turned into a “Bolivarian Fury” where the Maduro regime ramps up a countrywide crackdown on mid-level opposition figures and junior military officers while echoing an international victimization narrative asking the IMF for a $5 billion loan and the U.S. to lift sanctions due to the COVID-19 pandemic.

While the world adopts strong mitigation measures to slow the spread of the virus, Nicaragua opted to hold a massive public rally of “love in the time of COVID-19.” The Ortega government currently only reports six cases despite having its first coronavirus related death on 26-MAR. Furthermore, President Daniel Ortega has not been seen for weeks, furthering speculation of his health, including rumors he may have contracted the virus himself and/or passed away.

Capitalizing on the COVID-19 pandemic, China and Cuba have reinserted themselves in Venezuela and the region, using medical diplomacy as a gateway for enhanced strategic positioning. Deploying to 14 countries worldwide, including Italy and Spain, China and Cuba are desperately trying to present themselves as part of the solution to COVID-19 using aggressive propaganda throughout Latin America. Part of this propaganda includes fake news that Cuba has the cure to the novel coronavirus and that the U.S. manipulated the virus as bioweapon; false narratives spreading in Spanish through social media and messaging platforms. Meanwhile, the Cuban Henry Reeve brigade sends medical missions and supplies from Havana to Panama, El Salvador, Nicaragua, Belize, Venezuela, Peru, Bolivia, Argentina, and Brazil.

Since the start of COVID-19 there has been a lack of transparency from Beijing about the origin and characteristics of the virus. Launching a global propaganda campaign, the PRC and its VRIC allies, are aggressively attempting to convince the world that the U.S. is secretly the original source of the virus and that China is the only country that can save us. This state propaganda is enforced through a digital army of upwards of two million state-backed internet trolls dubbed the “Wu Mao” or “50 cent” army, named after how much the PRC reportedly pays per pro-China post.

Part of China’s propaganda strategy focuses on Cuba’s antiviral Interferon Alfa 2B drug as a potential cure for COVID-19. BioCubaFarma S.A., the biopharmaceutical company that produces the Alfa 2B drug, is part of ongoing biotech cooperation between Cuba and China. This propaganda has caused health authorities to warn against spreading unverified information on a cure for COVID-19.

For years, China and Cuba have extensive bilateral cooperation in biotech and established the first joint biotechnology innovation center this past February, in the midst of the COVID-19 pandemic. This adds to at least three other biotech joint ventures between Cuba and China dating back to 2003, in what some analysts speculate could have alarming implications, including in military affairs. The PRC’s civil-military strategy highlights biology as a “new domain of warfare,” potentially placing the People’s Liberation Army (PLA) at the forefront of biotech joint ventures worldwide.

To this end, the more than a dozen countries in Latin America and the Caribbean that have welcomed China’s newfound medical diplomacy to tackle COVID-19 could be inadvertently opening the door for greater PLA presence in the region. The recent arrival in Caracas on 30-MAR, of a Chinese medical team to combat the COVID-19 spread in Venezuela could be the beginning of the political-military-medical fusion that wages asymmetric war against the United States from Latin America.

Like Venezuela, Iran has used the COVID-19 pandemic as an opportunity to request $5 billion in support from the IMF and publicly called for the U.S. to lift sanctions against the Islamic Republic. Unlike Venezuela, the IMF has not rejected this request as Iran has been one of the countries hardest hit by the virus, with more than a 6 percent mortality rate. Despite being devastated by the virus, the Islamic Republic seems to be continuing its hostile aggression against the United States by launching proxy attacks against the U.S. military in Iraq and supporting a false conspiracy theory that the U.S. and Israel are behind the pandemic.

Both Iran and Venezuela have denounced the U.S. maximum pressure strategy against their respective countries while using Iran’s state-owned Spanish language media network, HispanTV, to launch accusations that the U.S. is manipulating the virus as a bio-warfare weapon. The two totalitarian regimes, Venezuela and Iran, lack the public healthcare infrastructure and resources to curb the outbreak of COVID-19 rendering their citizens vulnerable to community spread. This has turned Iran into a net exporter of the virus to its neighbors in the Middle East and Venezuela as one of Latin America’s top concerns for the novel coronavirus.

Seeing an opportunity to pivot global public support to its allies, both Venezuela and Iran have only accepted Chinese and Cuban medical support/supplies and are using the VRIC to anchor a sanctions resistance strategy. The nexus of this strategy is set in Syria, where Venezuela and Cuba are increasing cultural, economic, and diplomatic cooperation, in coordination with Iran and Russia.

Despite China’s lack of transparency on COVID-19, Moscow still stands by Beijing and its supposed “effective measures to not only contain the spread of the virus at home but also contribute to safeguarding the health and safety of people across the world,” as expressed by Vladimir Putin. Accompanying Cuba and China, Russia also sent military medics to Italy in a medical mission to combat the virus in its European epicenter. Putin’s solidarity is unwavering even as the global total surpasses one million confirmed cases of COVID-19. As countries are faced with growing public health crises, all eyes are off Russia and several important developments have gone by largely unnoticed. One of these is a landmark ruling that eliminates term limits and approves Putin’s presidency until 2036, deepening his authoritarian grip over the country.

Russia has also reignited its oil war with Saudi Arabia after a deal between the two countries to cut production broke down, with devastating effects on the U.S. and global energy markets, as economies are already suffering under the strain of the COVID-19 pandemic. At the same time, the U.S. and Russia have engaged in a tit-for-tat battle over the petrobusiness Moscow has conducted with the Maduro regime in Venezuela. After the U.S. sanctioned a Rosneft subsidiary for continuing to do business with Venezuela, Russia sold all of its assets to another firm that is owned entirely by the Russian government. This battle may come to a head in the coming months, as the U.S. has offered a power transition plan to Venezuela that would force Russia to leave the region.